In Tanzania, orange has increasingly become the recognized color of family planning and reproductive health services. Population Services International’s orange Familia brand is quite common in most regions of this coastal country of 49 million. PSI, a global non-profit organization dedicated to improving the health of people in the developing world, has consistently and effectively branded everything in its nationwide Familia social franchise network since it began in 2009 with unforgettable orange and its semi-cursive Familia logo that bears a heart at the beginning of its name. All aspects of the Familia social franchise network from its clinics’ signage to the clothing of its health workers to its condom brand that claims in part 80% of Tanzania’s condom market and its health education booklets, all get PSI’s extensive branding treatment. The result: PSI Tanzania was able to serve 119,000 clients in 2013 through Familia via word of mouth and effective marketing. 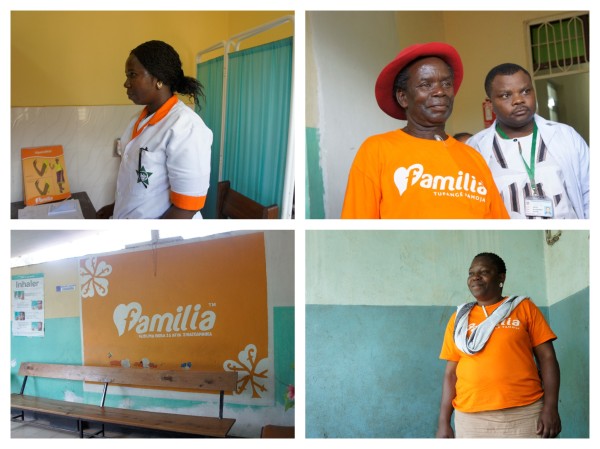 Familia is PSI’s social franchise network of over 260 private sector clinics across 23 regions that primarily provides family planning, cervical cancer and maternal health services as well as health services for children under the age of five in urban and peri-urban community settings in Tanzania.  Tanzania’s most remote areas are serviced by PSI outreach teams.

Private sector clinics like Mission Mbagala Dispensary in Dar es Salaam, a Familia franchise owned by an area doctor, Dr. John, can accommodate 200 people a day in his small, yet efficient clinic that is often fraught with power outages and a lack of modern equipment. Dr. John says his clients want an ultrasound machine, for example, but a new one costs 23 million Tanzanian shillings or $13,600 USD. And yet through these challenges he says, “We always believe we should give quality care at the primary level.”

A quick walk-through of Dr. John’s  clinic shows sure signs of Familia branding from aprons hanging in reception areas to an orange-accented nurse’s uniform and Familia teaching materials. Tumaini Mission Dispensary, a private clinic less than twenty minutes away from Mission Mbagala Dispensary, also boasts Familia branding throughout its facility and is in the process of completing a brand-new maternal health unit to better serve its clients, but also lacks funding for beds and equipment, but has plans, perhaps overly ambitious, to open in January.

Waiting areas, however, in both clinics were packed with clients showing that despite some challenges indicative of a growing network of health care providers who  are now business owners, PSI’s Familia social franchise model is working and the trusted Familia brand brings clients through the door. It exemplifies that clients are willing to pay a premium for quality, private health care from clinics that are conveniently operating in their own neighborhoods.  And when clients cannot afford to pay, the franchise makes up the financial loss through its paying clients even when it can potentially mean a loss in profits. 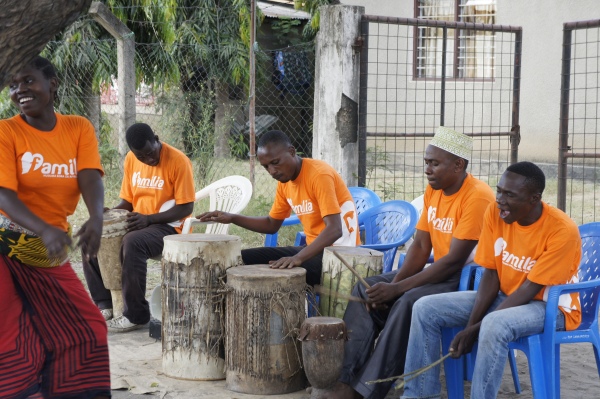 On a humid, sunny afternoon in an urban Dar es Salaam neighborhood filled with shop stalls and crowded homes a performance group of spry, young dancers and accompanying drummers entertained a receptive, yet small crowd of curious community onlookers with lively health messages in Swahili about family planning. It’s what’s known as edutainment, a common awareness-raising and behavior change strategy that is often used in sub-Saharan Africa to great effect that shifts cultural attitudes about everything from having responsible sex to prevent the spread of HIV to learning how to space pregnancies.  In Tanzania where the fertility rate hovers around 5.9 births per woman and girls begin having babies around 19 years of age,  edutainment is another tool used by PSI on the community level that helps women and their partners learn to prevent pregnancies altogether or properly space them.

Consistently wearing their Familia tees even during many dress changes throughout their performance, the troupe led their show with powerful dancing and then moved into short skits that re-enacted typical private conversations Tanzanian men and women have about family planning. The woman in the skit told her boyfriend that she wanted to use family planning and was quickly met with resistance. She said that often parents do not know the ages of their children because their spacing is too close together. It was only through consistent negotiations that the girlfriend was allowed to use family planning. This skit was telling, especially as only 24% of childbearing women use modern contraceptives in Tanzania showing that more education is needed across the board to increase the use of family planning in the country. 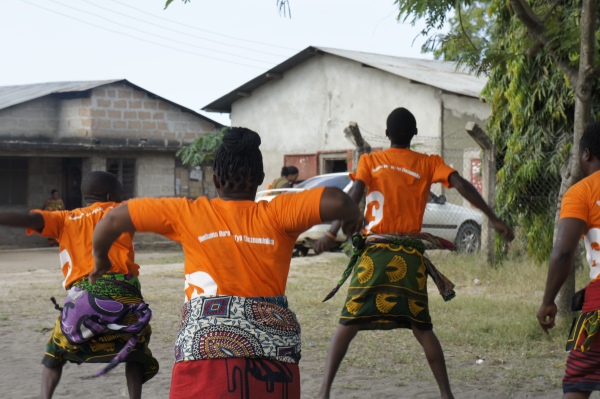 The emcee of the dance group who had a microphone to amplify the troupe’s messages to the immediate vicinity told the crowd why family planning is important to the lives and futures of couples. He cited being able to properly feed children if couples don’t have too many children at once and having the luxury of planning and budgeting for their future without the burden of too many children who can be expensive in a country where the median salary is a mere $630 USD annually according to the World Bank. 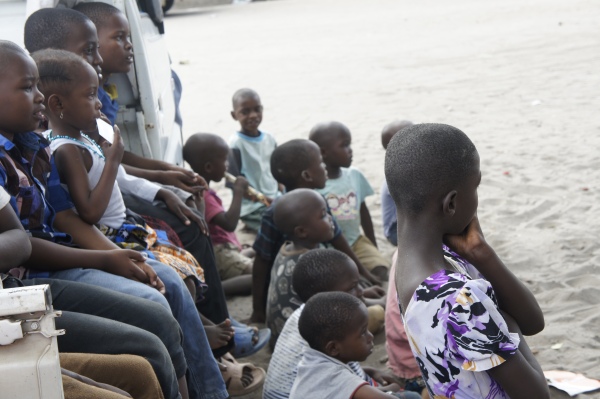 Edutainment like this is critical to spreading awareness about family planning especially to the youth who need to learn this information in their younger years to develop the right attitudes about family planning when they eventually begin having sex. The crowd was, in fact, mostly composed of community children who had just returned from school and hopped in the bed of a nearby truck or leaned against it as they watched the show. They sat in rapt attention and giggled when the dance troupe made suggestive sexual movements to bring home their message about family planning.  But, as much as the show could be considered too suggestive to a younger audience, it’s precisely this audience that will change behavioral norms around family planning and reproductive health in Tanzania in years to come.

PSI contracts with various dance groups across Tanzania to teach local communities about family planning through the cultural arts.

Through all aspects of Familia marketing and branded edutainment, PSI Tanzania is working to ensure inroads in communities to improve the quality of health care services for local clients. Despite the challenges of rolling out a relatively new social franchise model that is just around five years old and the only one in Tanzania, PSI is working to reach more clients while addressing the key challenges that arise from introducing a brand-new health care model in a country that consistently suffers from a lack of trained health workers.

Learn more about PSI’s work with health workers in its current issue of Impact.