Did you know that in 2012 2.9 million newborns around the world did not live past 28 days and 1 million of those died within the first 24 hours of life? Additionally, 1.2 million babies died of stillbirth in 2012. These numbers are reported in Save the Children’s latest report released today: Ending Newborn Deaths: Ensuring Every Baby Survives. And the vast majority of those newborn deaths occur in sub-Saharan Africa. For example, the Democratic Republic of Congo recorded 41,800 newborn deaths on the day they were born. And Nigeria recorded 94,500 newborn deaths within the first 24 hours. These large numbers are, of course, attributable to the population of the countries, but the numbers are still too high, especially given that these numbers are four to five times higher than developed nations. 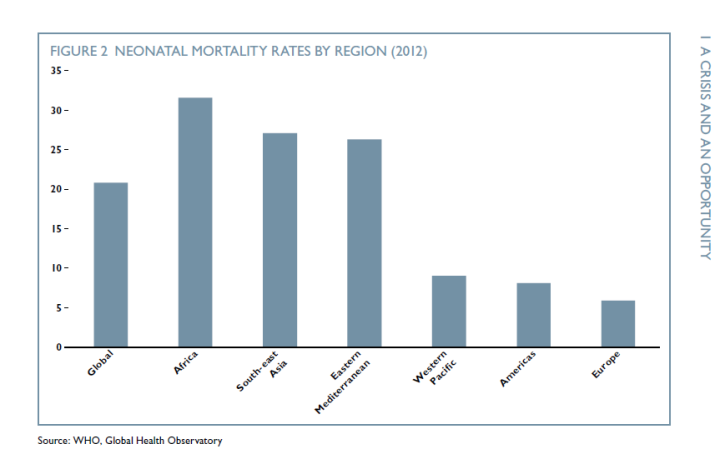 2014, as I have written before, is the year of the newborn! Global NGOs, governments, and the private sector are all uniting to create a robust roadmap to put an end to the millions of newborns that die every year from health complications that are easily preventable and a lack of resources. Save the Children’s Ending Newborn Deaths report is one important piece of this critical roadmap.

Today 24 members of the Global Team of 200, a highly specialized group of members of Mom Bloggers for Social Good that concentrates on issues involving women and girls, children, world hunger and maternal health, will post for 24 hours about the importance of newborn health and about Ending Newborn Deaths. We are posting for 24 hours in honor of every newborn who will not make it past their first day of life today.

We can all do something to save newborn lives! Follow all of the posts on Tumblr and on Pinterest for the next 24 hours to learn more about this global movement to save more babies and about Save the Children’s report. You can join the conversation at #FirstDay. You can also comment on the Every Newborn Action Plan until Friday, February 28, to share your ideas about saving more newborns. And, finally, you can simply give to Save the Children to purchase newborn health kits for women in need who lack access to quality health workers and care.