United States maternal death statistics that have been used for over a decade have finally been updated. The CDC released 2018 national and state maternal death estimates last week. The numbers have increased dramatically and still remain the worst of any developed country in the world.

Currently, the maternal mortality rate (MMR) is 17.4 deaths per 100,000 live births. In 2007, the MMR was 12.7 deaths per 100,000 live births. The CDC says the MMR increase largely comes from the new data and collection requirements now on standard death certificates. Starting in 2003, a checkbox requirement was placed on the U.S. Standard Certificate of Death in order to accurately record maternal deaths. The checkboxes are:

END_OF_DOCUMENT_TOKEN_TO_BE_REPLACED

More than likely you have heard about the Global Gag Rule also known as the Mexico City Policy this week. You can learn more about it in a previous post: Why the Global Gag Rule Will Increase Maternal Mortality. To get right to the point, however, Planned Parenthood released this video: What is the Global Gag Rule that explains it succinctly. END_OF_DOCUMENT_TOKEN_TO_BE_REPLACED

With an overall population of 5.9 million people in Sierra Leone, 200 women will die today from complications during childbirth. Every year, 2400 women lose their lives due to pregnancy related causes in Sierra Leone. And, close to 10,000 babies die every year during their first month of life. There has been notable progress in Sierra Leone to end maternal and newborn deaths in the … END_OF_DOCUMENT_TOKEN_TO_BE_REPLACED

Dar es Saalam, Tanzania – Throughout my travels in Tanzania for the past ten days every time I saw a mother and her baby I smiled inside. And I was even more happy to see mothers breastfeeding their babies as breastfeeding has been proven to be a key intervention to keep more children under the age of five alive in developing countries. Tanzania, unfortunately, is … END_OF_DOCUMENT_TOKEN_TO_BE_REPLACED 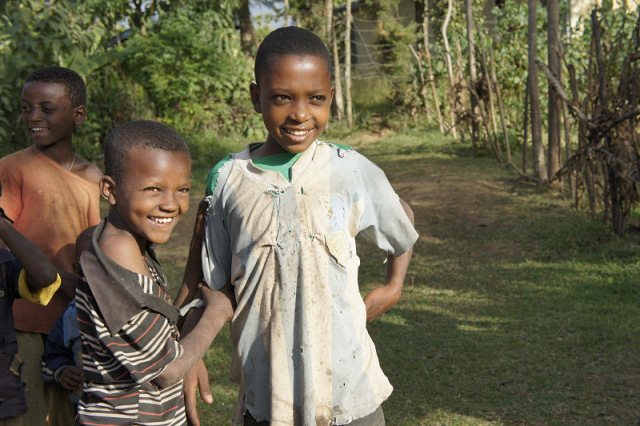 As we all know the Millennium Development Goals are set to expire in 2015. While much progress has been made globally over the past twenty years to eradicate poverty and to meet each of the individual goals there is still much to do. With the MDGs on their way out, Save the Children has devised a framework for post-2015 work to end global poverty and spur … END_OF_DOCUMENT_TOKEN_TO_BE_REPLACED

As maternal health is one of our core areas of concentration we are thrilled and excited to partner with Maternity Worldwide, an organization that works in partnership with local communities to increase access to high quality maternal health care. Maternity Worldwide’s current programs are mainly in Sub-Saharan Africa where need is the greatest. Here the lifetime risk of dying in pregnancy or childbirth is I in … END_OF_DOCUMENT_TOKEN_TO_BE_REPLACED