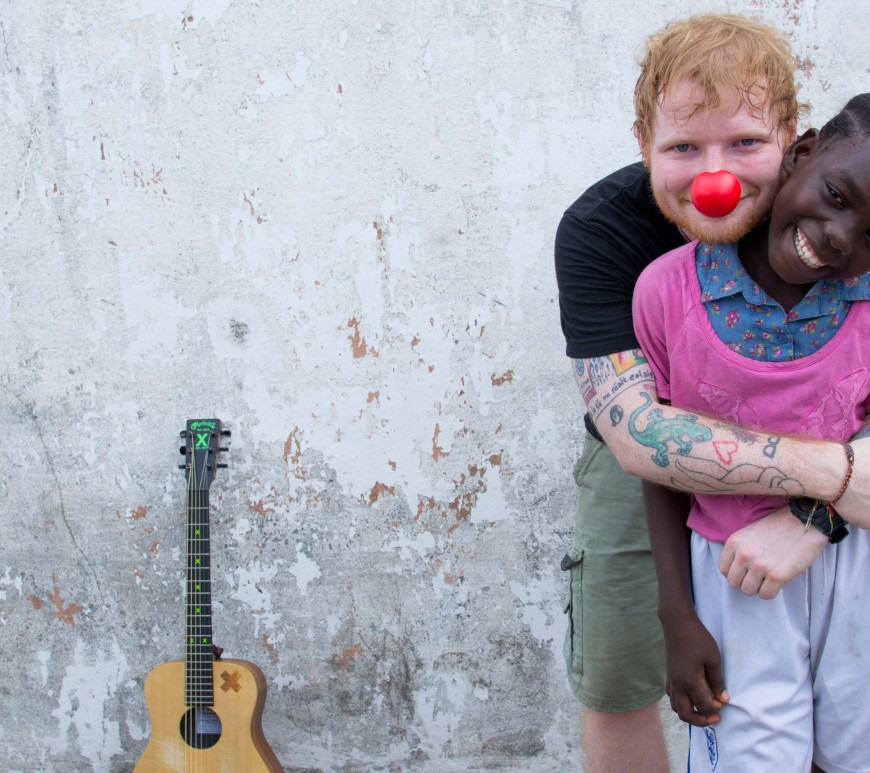 The Red Nose Day campaign to end child poverty returns in the U.S. on Thursday, May 25, in conjunction with a night of special programming and the third annual “Red Nose Day Special” on NBC.

One of the best ways to help vulnerable children in low-and-middle-income countries is by telling their authentic stories to those who can help make their lives a little better.

Along with Comic Relief, Ed Sheeran recently traveled to West Point, one of west Africa’s largest and most dangerous slums, in Liberia’s capital Monrovia. There he saw children whose lives have been routinely ravaged by poverty, the Ebola crisis, and an economy that was devastated by the notorious disease that killed thousands. Today, an estimated 14,000 children (some as young as seven) are living and working on Monrovia’s streets.

In Liberia, Sheeran shot a video set to “What Do I Know,” a track from Ed’s latest album Divide to bring awareness to street kids who live in Monrovia.

END_OF_DOCUMENT_TOKEN_TO_BE_REPLACED 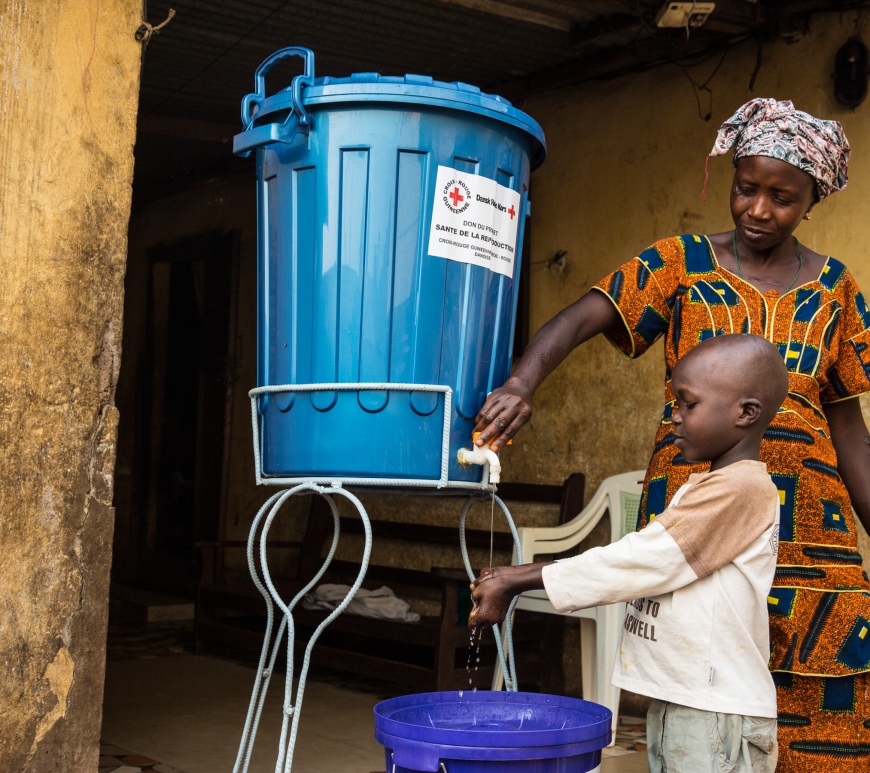 For two years Ebola has drastically ravaged three West African countries – Sierra Leone, Guinea and Liberia – and has taken the lives of 11,300 people according to the Guardian UK. Over 28,000 people were diagnosed with Ebola and still live with the pain and stigma of the disease. Since Liberia has not reported a single Ebola case in 42 days, the World Health Organization officially declared an end to the Ebola epidemic. Sierra Leone and Guinea have already been declared Ebola-free with 90 days of no new reported cases. However, just last week another Ebola case was discovered in Sierra Leone in the death of a 22-year-old woman, causing an outbreak of at least 100 people. Twenty-eight people have been quaratined.

END_OF_DOCUMENT_TOKEN_TO_BE_REPLACED

In January I wrote that I would be looking closely at the effect of Ebola on maternal health and mortality in the Ebola-affected countries – Liberia, Sierra Leone, and Guinea. Today unfortunate news was released by the World Bank and The Lancet.

According to the new report, Health-care worker mortality and the legacy of the Ebola epidemic and New Wave of Deaths From Ebola?: The Impact of Health Care Worker Mortality (PDF), it is estimated that 4,022 more women will die during childbirth in these countries on top of their already high maternal mortality rate due to the deaths of 240 health workers (doctors, nurses, and midwives) collectively across all three countries. Liberia lost the most health workers at 83. Guinea lost 78 and Sierra Leone lost 79 health workers. That translates to an increase of maternal deaths by 38% in Guinea, 74% in Sierra Leone, and 111% in Liberia. Due to the nature of health work a disproportionate rate of health workers died during the Ebola epidemic as opposed to the general population. Those health workers, of course, were critical to the health systems in all three countries whose systems were already on troubled ground before Ebola ravaged west Africa.

END_OF_DOCUMENT_TOKEN_TO_BE_REPLACED

David Cameron arrives in Monrovia to co-chair the Post-2015 High Level Meeting. Watch the video on The Guardian. Visit monrovia2015hlp.org to learn more about the meeting. This week in Monrovia, Liberia a high level meeting is taking place to look at global development for post 2015 after the expiration of the UN’s Millennium Development Goals (MDGs). Co-Chaired by UK Prime Minister David Cameron, Liberian president, Ellen Johnson Sirleaf, and Indonesia’s … END_OF_DOCUMENT_TOKEN_TO_BE_REPLACED 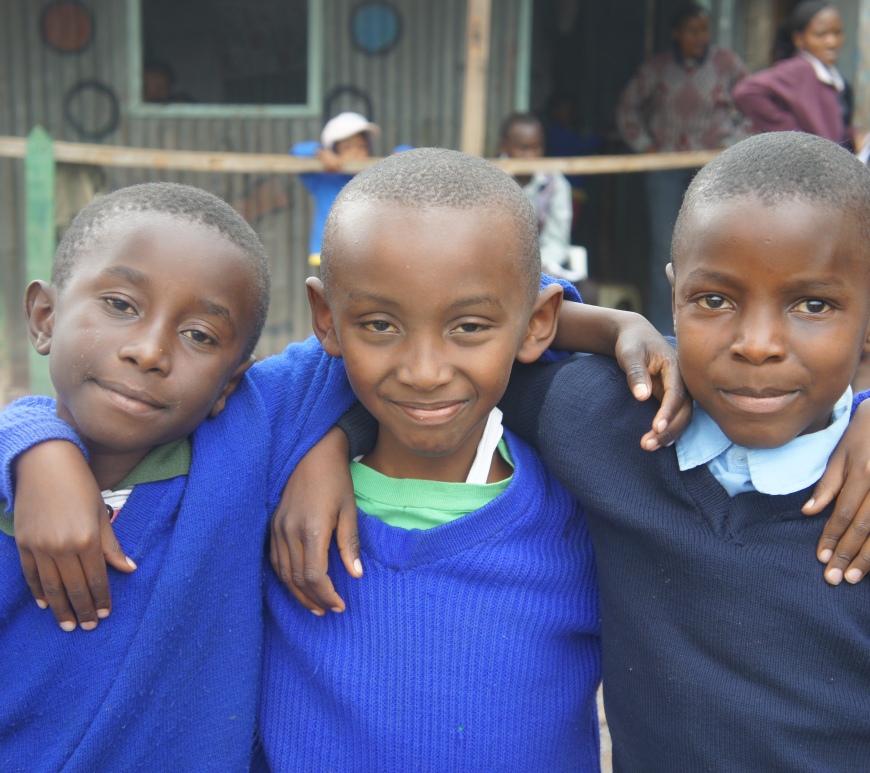 Typically when we think of global development we focus on everything that is wrong because the challenges are so great. Rarely are the successes celebrated because with every move towards a goal there is still so much to do. Today we are featuring those stories that have been more about success than failure; more about moving forward than moving backward even if the net result … END_OF_DOCUMENT_TOKEN_TO_BE_REPLACED 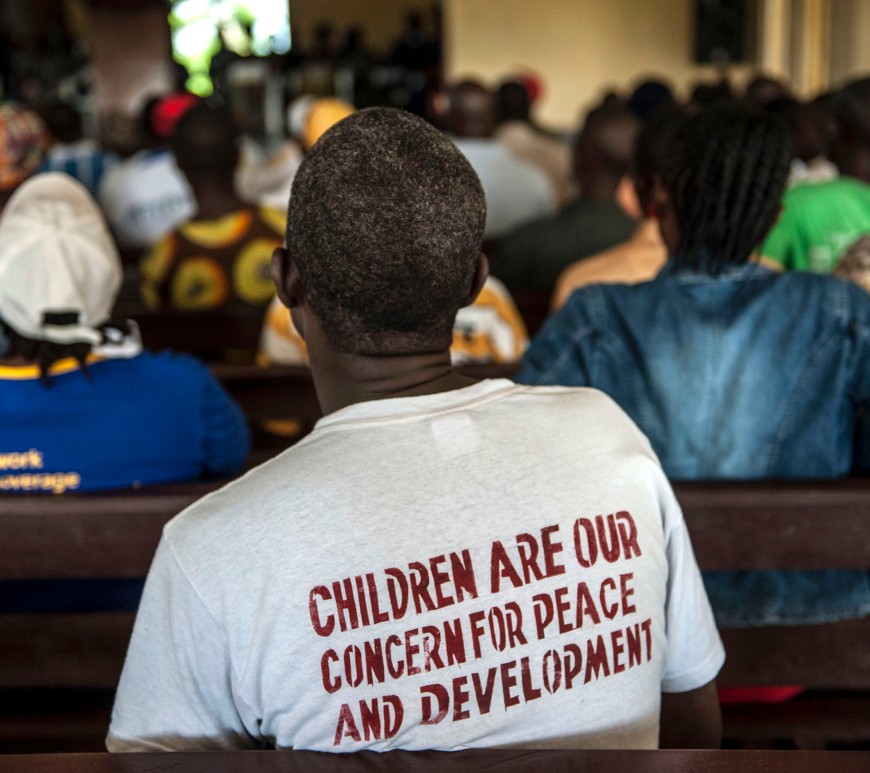 Did you know Liberia has some of the worst rape statistics in Africa? In fact, between 60 – 70 percent of Liberian women have experienced some form of sexual assault according to the Global Post. A September 2012 report, Peace Without Security: Violence Against Women and Girls in Liberia [PDF], says, “a disturbingly high number of rape survivors are very young girls who have been raped by family … END_OF_DOCUMENT_TOKEN_TO_BE_REPLACED

Last week’s International Day of the Girl began a prolific movement of putting girls on the global agenda. Equal rights, access to education, choices about marriage and childbirth, and girls’ futures are constantly in flux. Girls in developing countries need our help and they desperately need the help of men who understand the plight they face. On October 11 in Monrovia men marched against child … END_OF_DOCUMENT_TOKEN_TO_BE_REPLACED