I have visited enough traditional family huts and homes in rural Africa to know that light and power are precious commodities. When the last bit of sun streams through the windows and doors in the evenings, the only recourse for light again is when the sun shines brightly in the morning. That is a long time to read, write, cook, and get ready for the next day by mere firelight. When not fixed on an electrical grid (which aren’t very reliable themselves), the only real, viable opportunity for light and energy is through solar power.

A newly released short film by BioLite Run Home shows how powerful their products are to light households in the absence of electricity.  In fact, BioLite is on a mission to “bring energy everywhere”. In the film, BioLite features professional Kenyan marathon runner and mother Jane Kibii. Through her race earnings, Kibii has earned enough money to purchase a family home. Unfortunately, the home she built for her parents is far from the electrical grid.

END_OF_DOCUMENT_TOKEN_TO_BE_REPLACED

Yesterday global women’s and children’s advocates sounded the alarm regarding alleged strong-arming by US delegates at this year’s World Health Assembly (WHA) in Geneva.  The issue at hand was the rights of women regarding their choice between breastfeeding and formula feeding.

According to the New York Times, the US delegation sought to remove the language in a pro-breastfeeding resolution that compelled countries to “protect, promote and support breastfeeding” and to remove any restrictions on formula that many global health experts contend is harmful to infants and toddlers.

The US delegation threatened Ecuador (the sponsoring country for the resolution) with devasting trade measures and a reduction in military aid. Ecuador acquiesced as did many more African and Latin American countries until Russia stepped up to sponsor the resolution, a country the US could not threaten.

Lucy M. Sullivan, Executive Director of 1000 Days, tweeted an entire thread about what was happening at the World Health Assembly in May.

Thread. A battle over #breastfeeding has been brewing this week at @WHO headquarters at the #WHA71 where countries are negotiating a resolution on infant and young child feeding #IYCF. 1/

END_OF_DOCUMENT_TOKEN_TO_BE_REPLACED

Venezuela sits on the world’s biggest oil reserves, but in terms of GDP growth per capita, it’s now South America’s poorest economy. It is mired the worst economic crisis in its history, with an inflation rate in the region of 500%, a volatile exchange rate, and crippling debts that have increased fivefold since 2006.

The economic crisis is inflaming a longstanding “economic war” between the government and the business sector – and a dangerous cycle of protest and repression is further polarising Venezuela’s already divided society.

In this scenario, violence of all sorts is approaching what could be a point of no return. The very ability of democracy to combine forces of transformation and resistance is at stake.

END_OF_DOCUMENT_TOKEN_TO_BE_REPLACED

The relatively large number of American women who die due to childbirth is one of the little-known facts in our country. In a nation where we spend exorbitant amounts on healthcare, we have the highest maternal mortality rate of any other developed country. Word, however, is getting out that women are increasingly susceptible of dying during childbirth with a surge in articles in major publications and of hospitals, healthcare workers, and researchers working together to solve this problem.

According to ProPublica, the U.S. Senate Appropriations Committee voted this week to request $50 million in new funding for programs aimed at reducing maternal mortality. $38 million would be allotted to the Maternal and Child Health Bureau which is run by the Health Resources & Services Administration, a part of the U.S. Department of Health and Human Services. END_OF_DOCUMENT_TOKEN_TO_BE_REPLACED 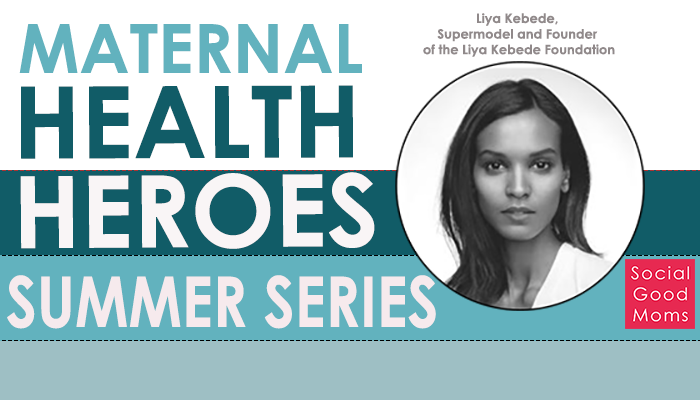 Throughout the summer we will speak with some of the most notable maternal health advocates in the world ahead of the Global Maternal Newborn Health Conference that will be held in Mexico City between October 18 – 21, 2015. Follow the conversation at #MHHSS. Read all of the interviews below. 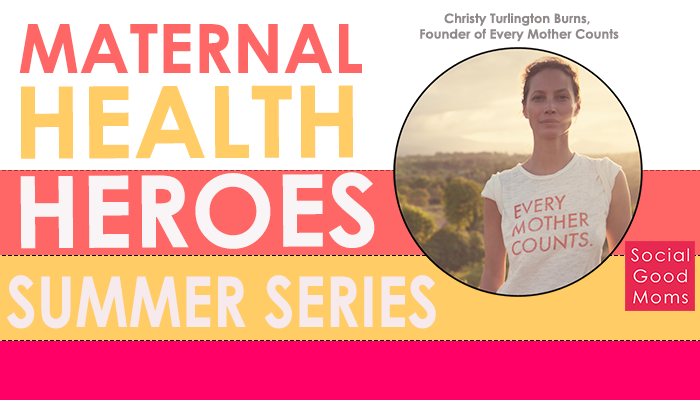 END_OF_DOCUMENT_TOKEN_TO_BE_REPLACED

I believe strongly in giving back and the power of using my voice to promote change. The more I see of the world, the more I understand how critical it is to help improve the lives of others in need. Joining Social Good Moms has changed my life.  It has opened my eyes to issues that I never knew existed and has made me realize … END_OF_DOCUMENT_TOKEN_TO_BE_REPLACED

Why do you enjoy being a member of Social Good Moms? I love reaching out and connecting with other moms who have the same values and views towards life. Why do you believe in doing good through social media? I always say my son has to grow up in the community we reside in. Liz Cleland http://www.westernnewyorker.org END_OF_DOCUMENT_TOKEN_TO_BE_REPLACED

We always maintain that having a community of socially-minded mom bloggers is the key to informing everyday people about critical global issues that they may otherwise not know about. That is important to us. Our members do this primarily through their social engagement with their followers and readers as well as through blogging. See our weekly report in real time.